When Henry asked if I was free to review Salmontini with him, I hesitated. I really can't stand salmon, however after checking the menu, I found myself meeting him there at 7pm on the dot on opening night. Salmontini are huge in the Middle East, and after their success over there, they've decided to open up a restaurant in Belgravia.
The restaurant is on the site of what used to be 'The Palm' on Pont Street, and what a difference compared to The Palm! After a full refurb gone is the dark old fashioned room, and instead it's light and sophisticated, classy, even. After a drink at the bar and a catch-up we were seated, and handed the seafood-heavy menu. I chose the crab salad to start, while Henry went for the salmon salad, and we ordered some California maki rolls (a type of sushi) to share. Please excuse the photos, I only had my phone on me :'( 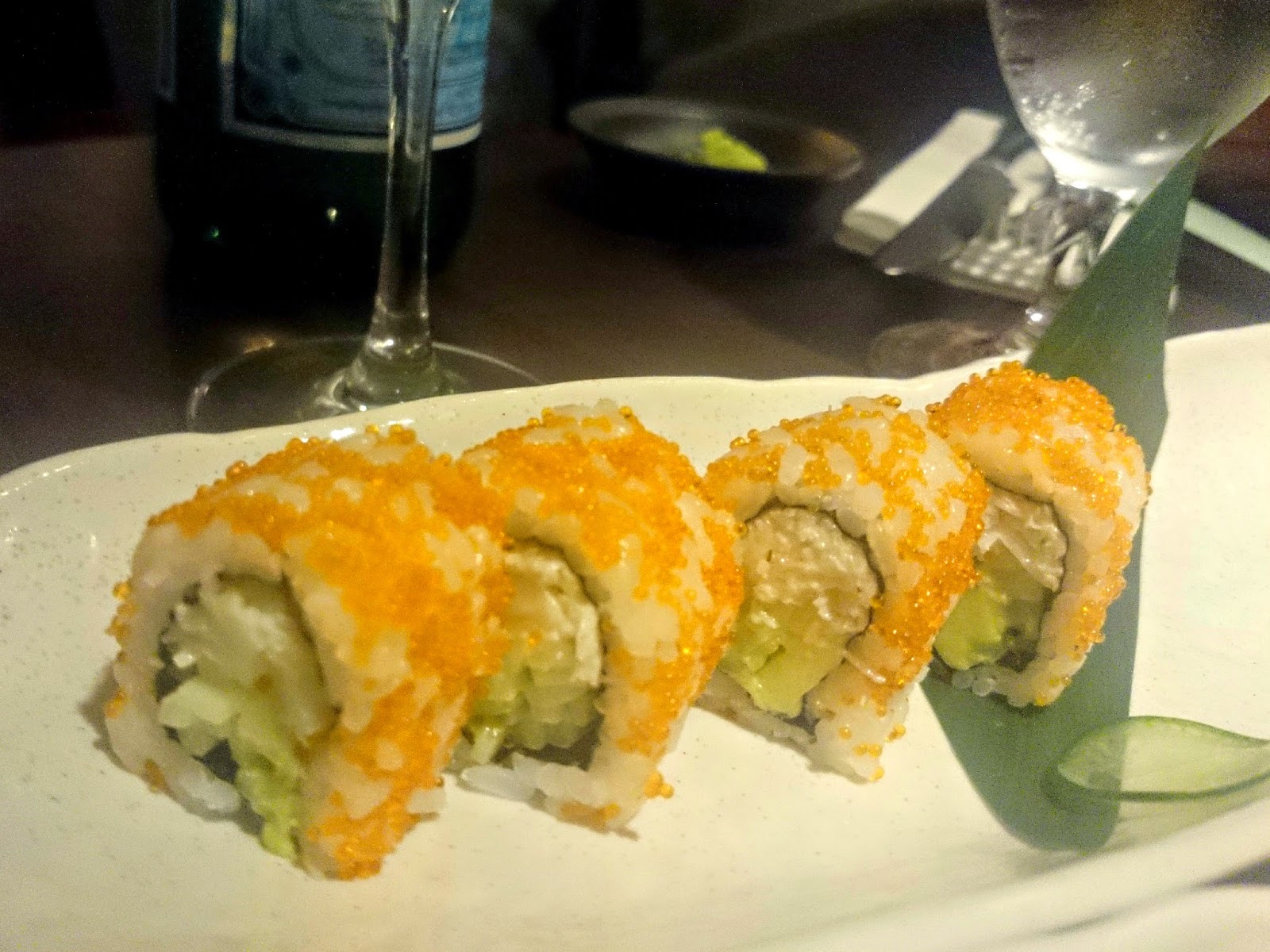 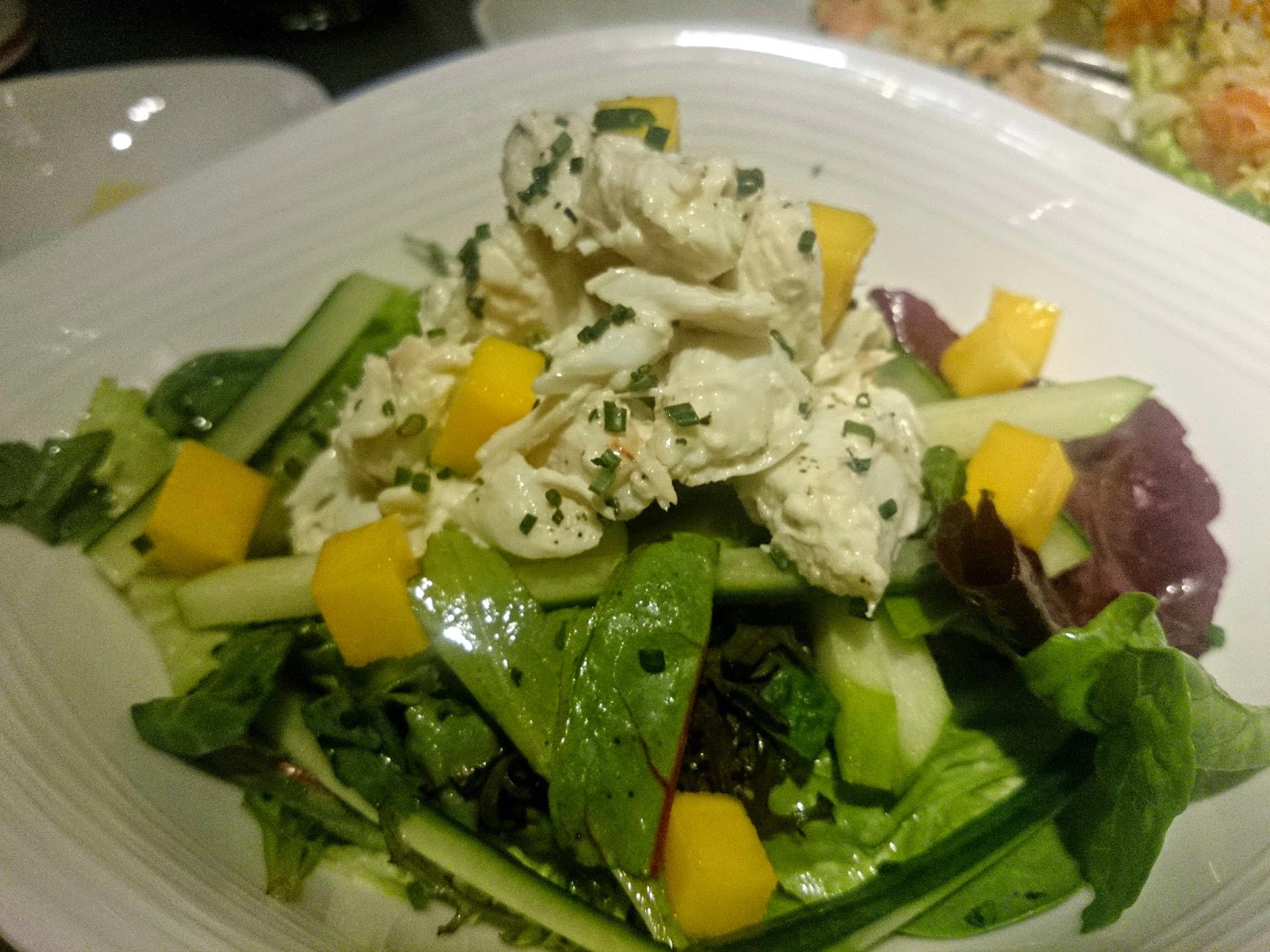 The crab was beautifully fresh, however nothing particularly special. The California maki rolls were superb, I constantly had my eye on Henry and glared at him every time he reached for another. I did what I usually do when I really like food I'm sharing - I ate them as quickly as possible so I could have more than him.
For mains we both ignored the salmon options and went for the Alaskan black cod. That's the wonderful thing about Salmontini, despite them specializing in salmon, there are so many other options as well - their seafood menu was so vast I had serious trouble choosing and it took me a while before I settled on the cod. Black cod is a favourite of mine though, and I wanted to see how it compared to the black cod at Roka (which was so good that when I was describing it to Oli he stopped me mid-sentence and said "I'm really sorry, but can I just stop you before you have an orgasm in the middle of the bar...") 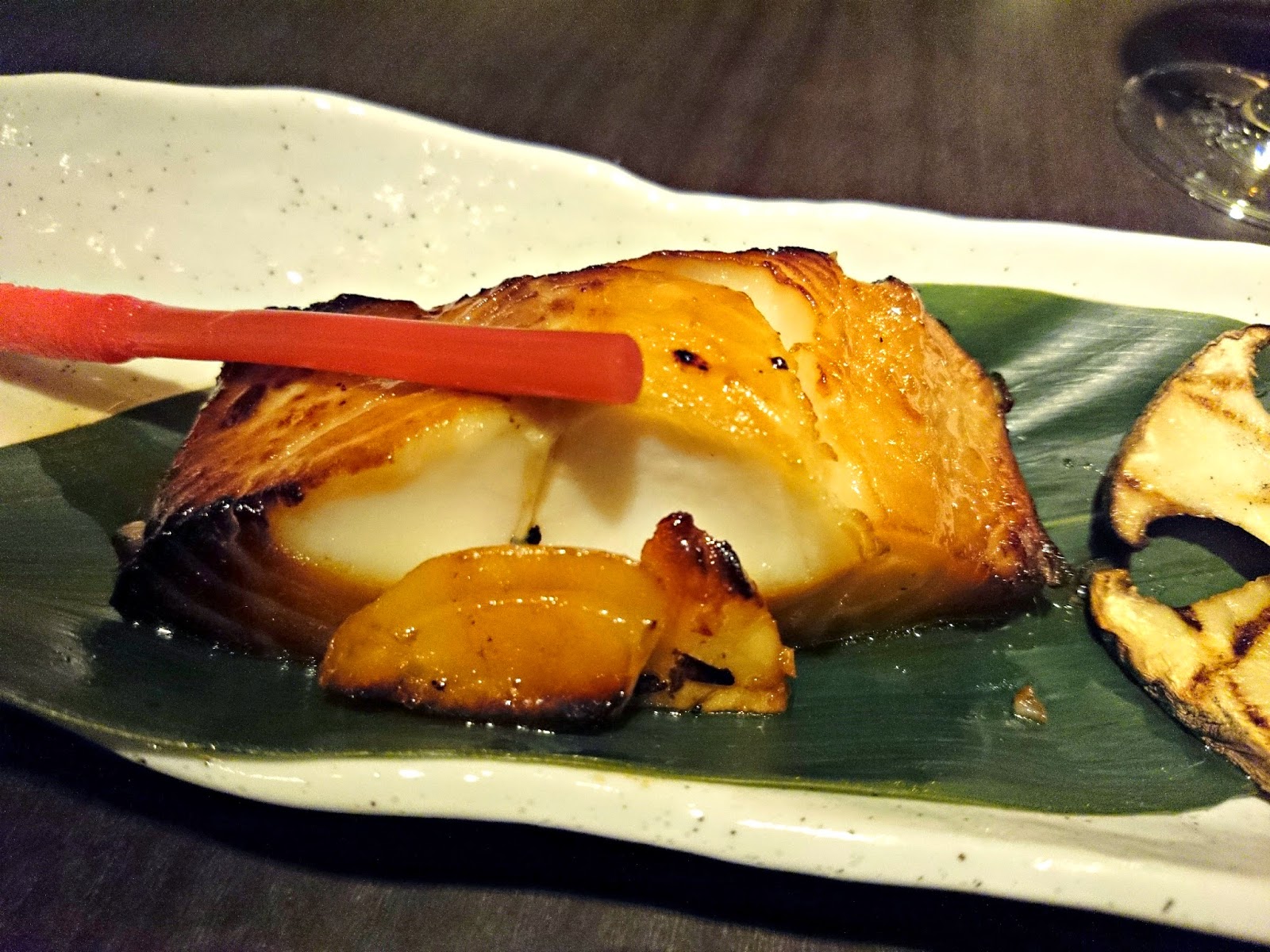 Our cod swiftly arrived and we dug in with our chopsticks. It was on par with Roka. I was a very happy girl. Henry wasn't too keen on the sweet sauce it was caramelized in, but I loved it.
We then moved on to desserts (as if we hadn't eaten enough already!), I opted for apple tart with vanilla bean ice-cream, while Henry went for the chocolate pudding. When they arrived I got major dessert envy, and then we realized that this always happens. I always go for a fruit option while he always goes for a chocolate option, and then I always get dessert envy. Anyway, the apple tart was really delicious, so all was fine. The gooey chocolate dessert did look exceptionally good though! Just look at it! 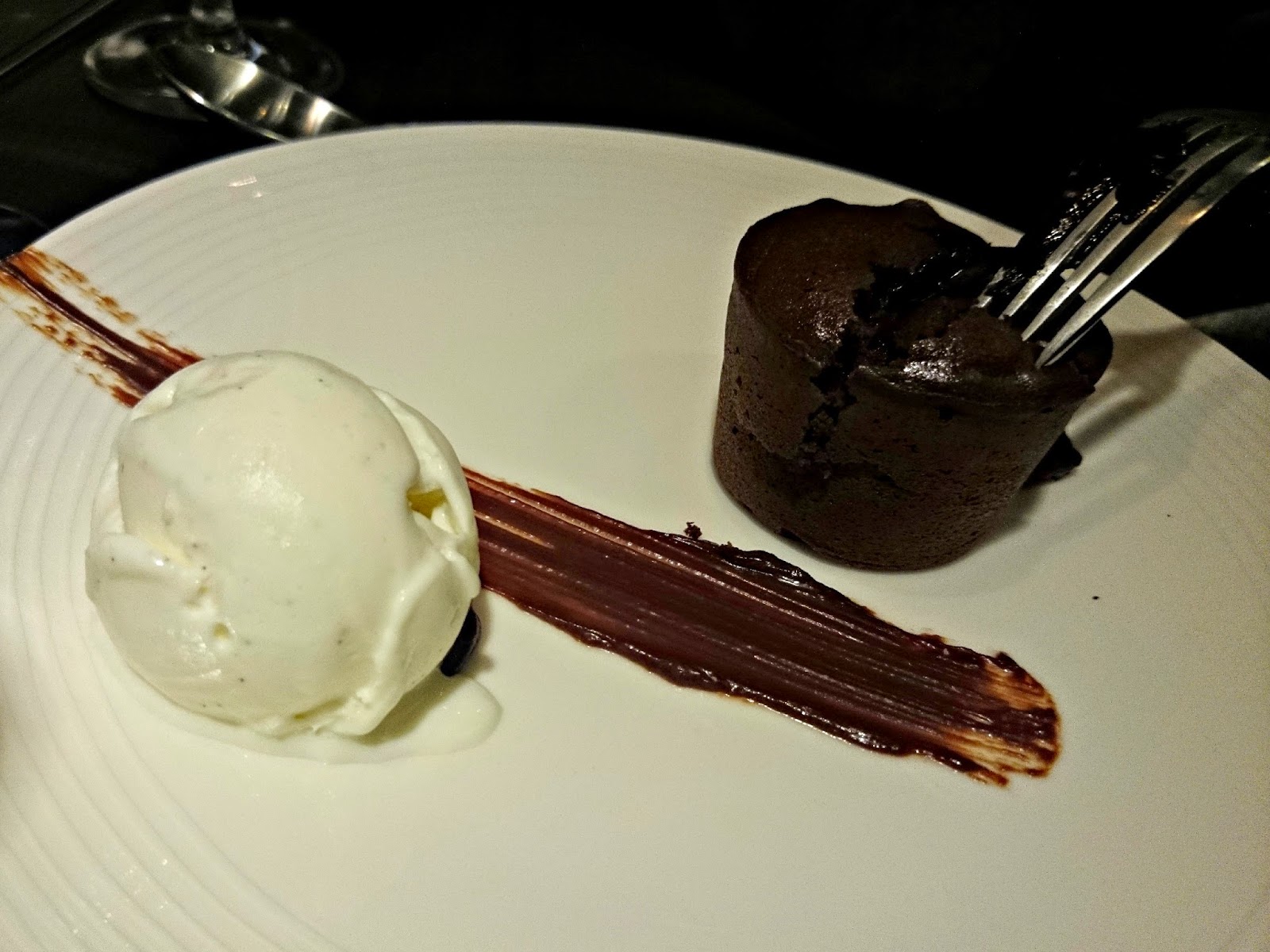 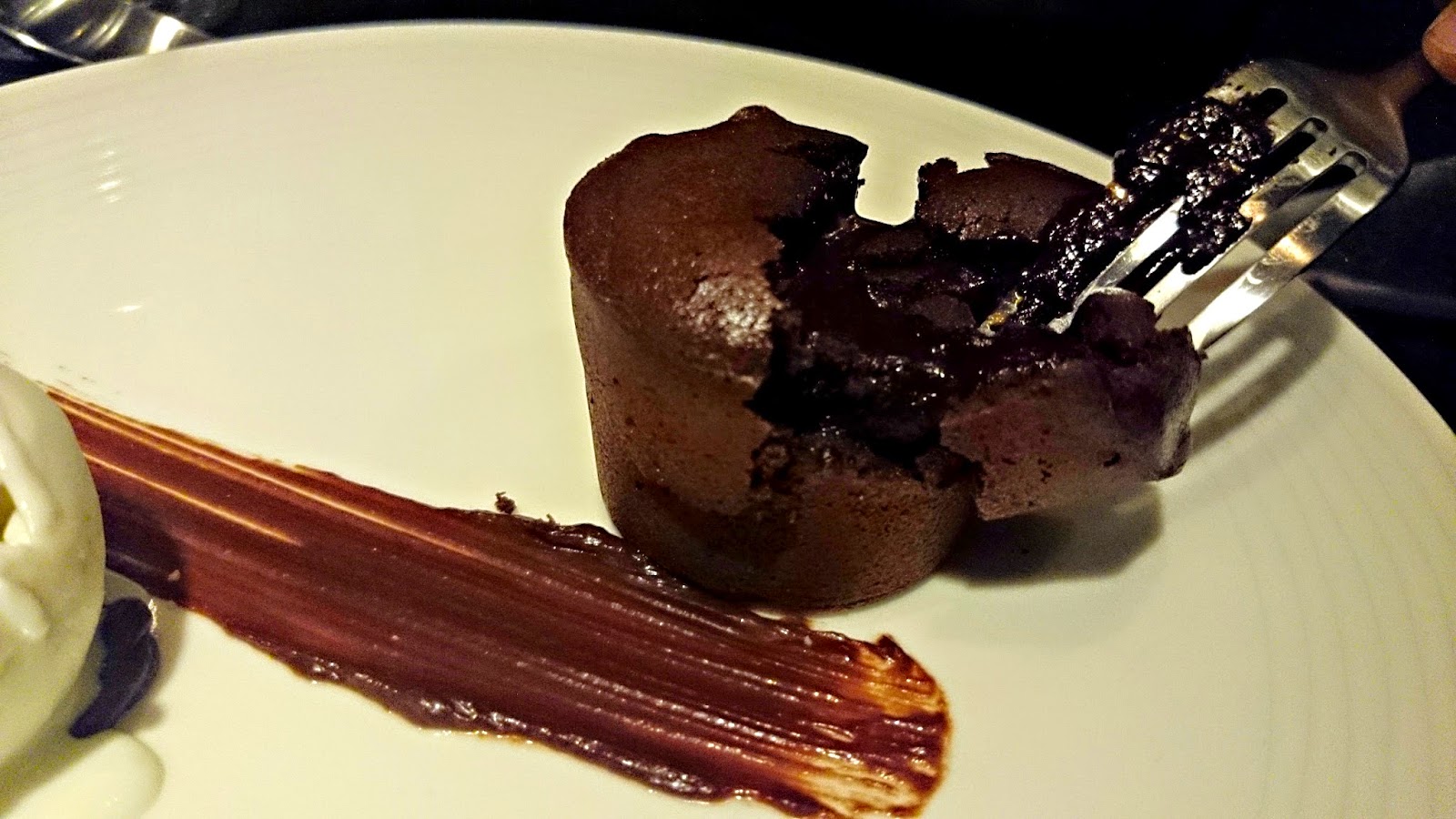 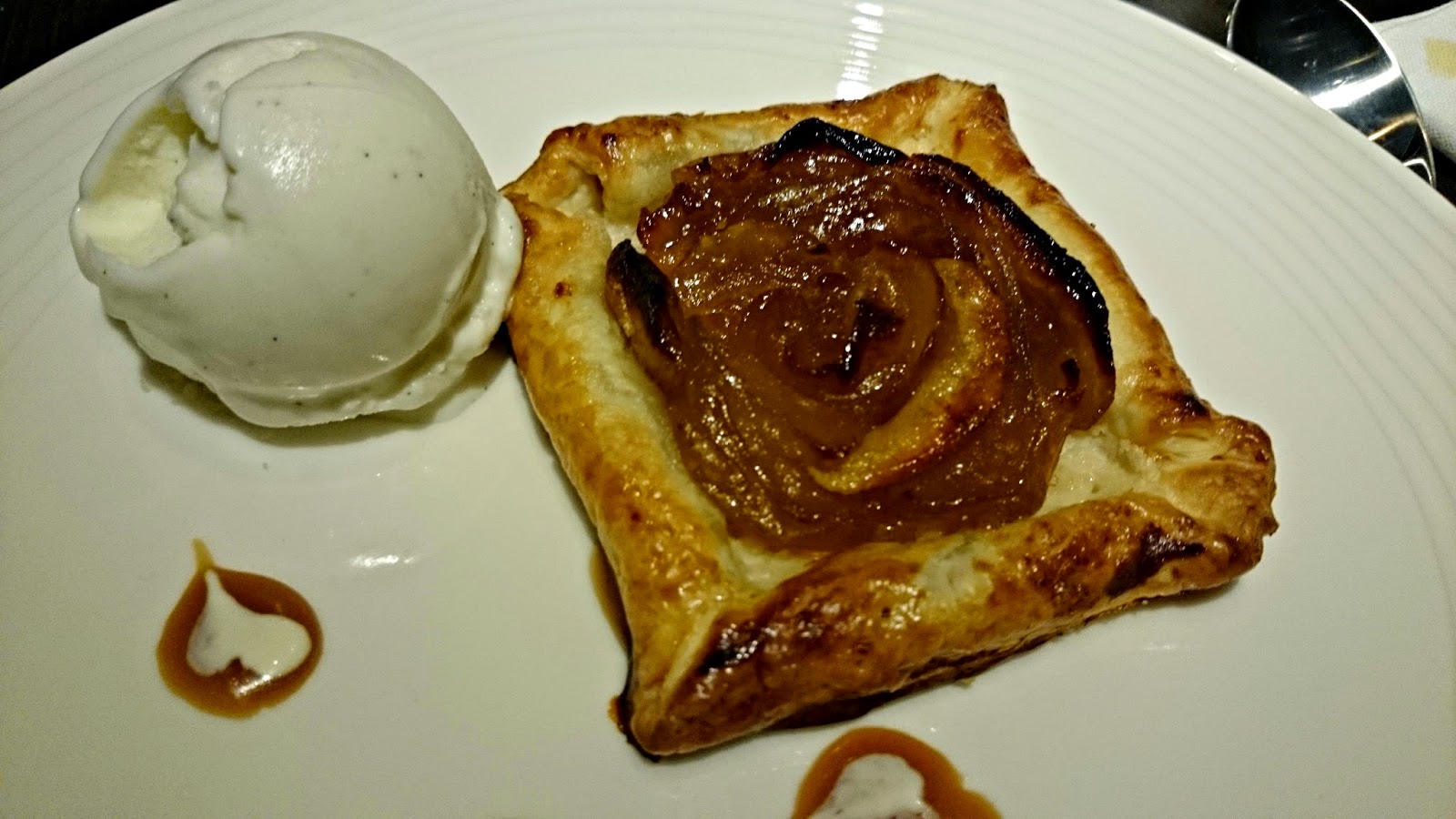 Despite my initial reservations, I was really impressed with Salmontini, everything was perfect and I honestly couldn't fault anything. The waiter was attentive and friendly, having a joke with us and recommending a really great wine to go with our meal, and the food was just exceptional. If you love seafood, you have to try this place. It's definitely a goodun.

*We were guests of Salmontini/Jori White PR, and therefore our meal was complimentary. As always this does not change or influence my views in any way.