I thought I'd break up the wanderlusty Palm Island blog posts (don't worry, there will be more from Palm Island on Monday!) by telling you all about a pretty epic party I went to last night! I'm a huge fan of Starwood Hotels after staying at Hotel Imperial in Vienna, and Le Meridien in Budapest, so when I was invited to the London launch party for the new W in Amsterdam, I couldn't say no. 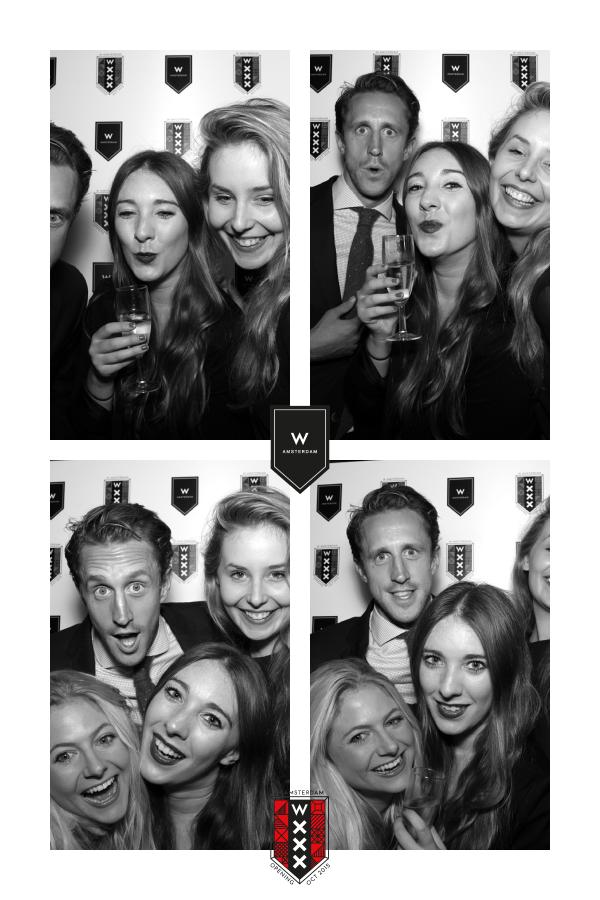 I hadn't seen Edd for aaages, so last night we headed down to Victoria Embankment to The Yacht London where the party was being held. Just like the W Hotels it was all a rather glamorous affair, we entered the yacht via a long tunnel lit with pink lights, it was pretty impressive! 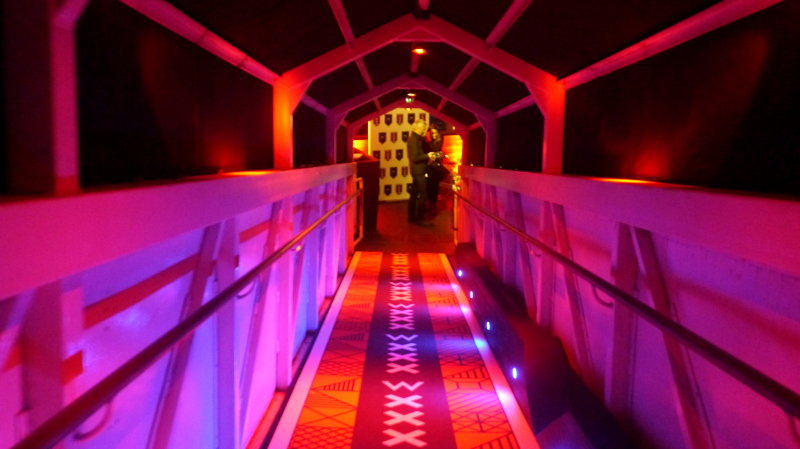 The yacht was set up with two bars serving Double Dutch G&Ts, Prosecco, and Espresso Martinis. 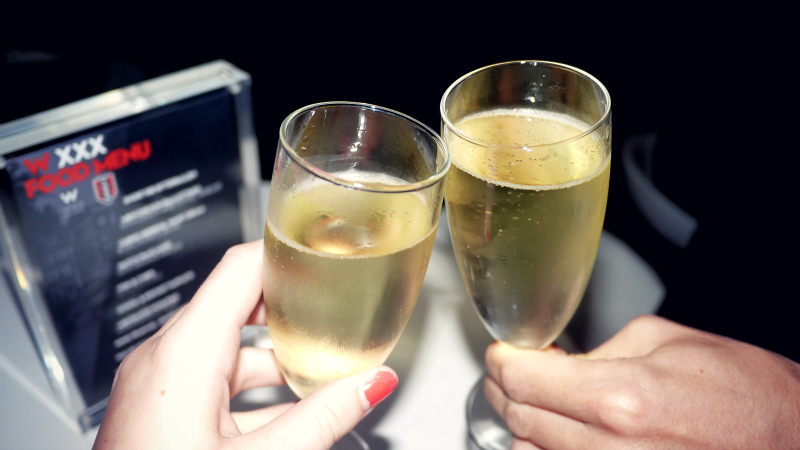 We just started sipping on our prosecco when we spotted Joe, Jemima, Lotte, and Jonathan! It's funny how I always bump into friends at these events, who I know completely separate to the 'blogging/events' world. London is such a small place! 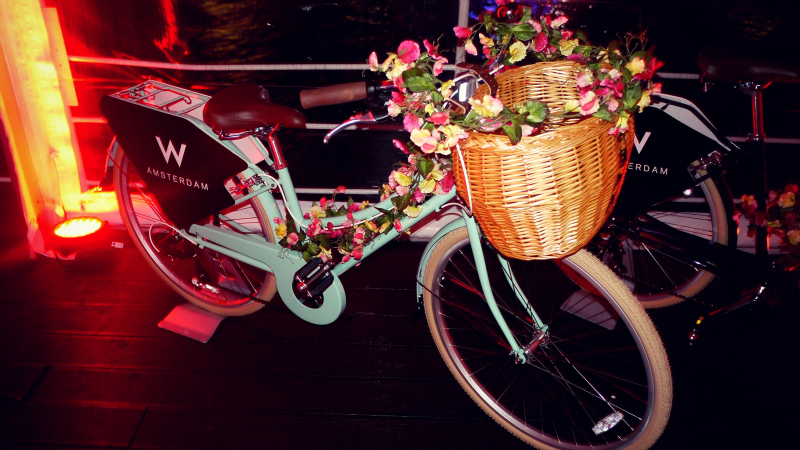 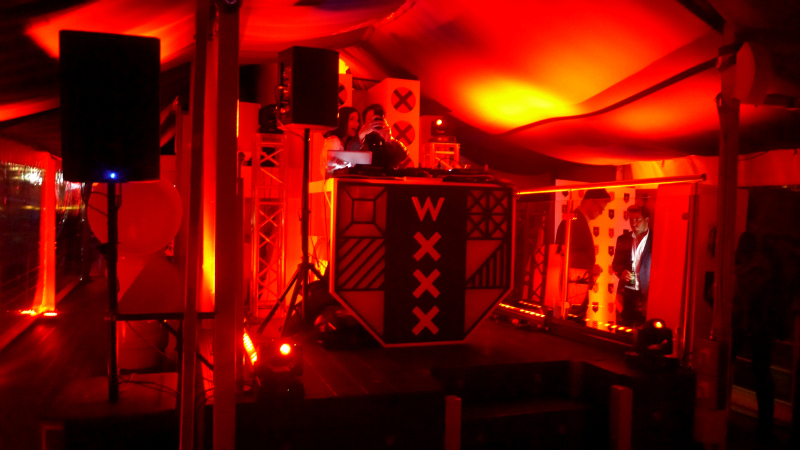 Becky Tong played a DJ set, and we had a lot of drunken fun in the photobooth next to the stage! You can tell we're drunk because of the huge amount of silliness (and pouting from me...) going on in these pics! 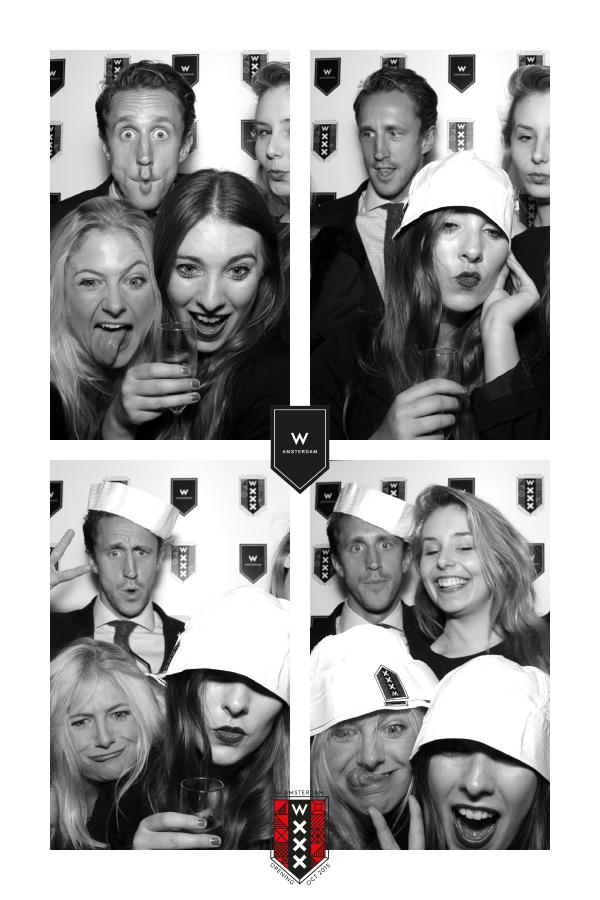 Soon the canapes started going around, which were pretty delicious! I particularly loved the dutch pancakes with bacon, and mini fish and chips. Lotte was a bit of a meanie and told me that the Short Rib Bitterballen was sheeps testicle...after I'd eaten it. She even got the waitress to confirm that it was! I had a mini-panic, and it was only today that I found out it was actually short rib. Phew! 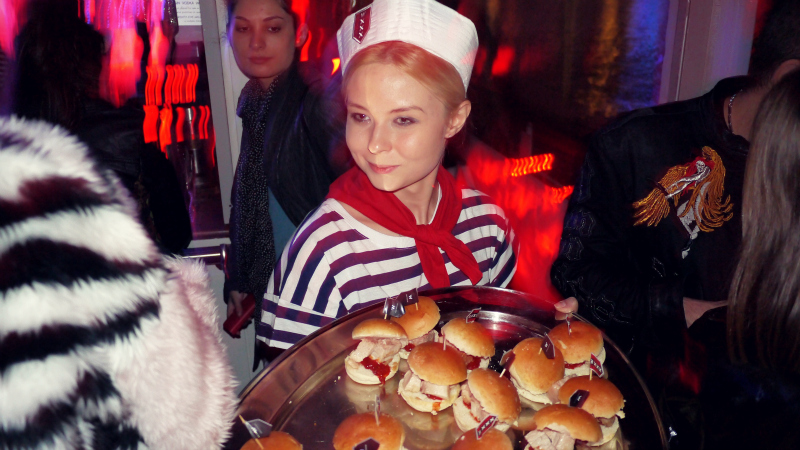 We bumped into a few more people we knew and had some catch ups, and had a bit of a dance. 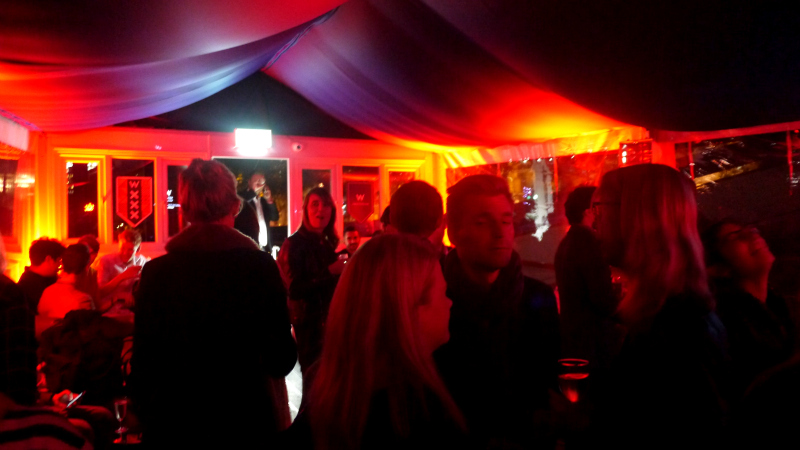 Sadly I had to leave rather early around 10pm, it was a work night after all! We had such a fun night, and some very sore heads the next morning.
I wore my Topshop black skinny jeans, Topshop green silky top, and an H&M blazer. Nothing too exciting ;)
If you fancy 'going Dutch' in London, head to W London – Leicester Square from 9th to 23rd October. For two weeks only the public areas of W London will be restyled into an ‘Ode to Amsterdam’, offering guests a sneak peek into the city that plays host to the brand new state of the art W Hotel.
Taking inspiration from Amsterdam’s iconic canals, buildings and cultural emblems such as tulips, Dutch bikes and windmills, the two-week takeover will feature screenings of cult Dutch films in the luxury 39-seater screening room, including Control by Anton Corbijn (showing on 13th October) The Vanishing by George Sluizer (showing on 16th October) and Black Book by Paul Verhoeven (showing on 18th October).
W London’s resident mixologist will be serving up a cocktail menu, featuring Dutch liqueurs and flavours, including the Dutch Courage Cocktail, a collaboration with Sloane’s Gin (available on 13th October), as well as a reimagined Dutch platter, with dishes including Gouda Kaassouffle (deep fried gouda parcels), Short Rib Bitterballen (a popular dutch snack) and Patatje Oorlog (also known as ‘war fries’).
A huge thank you to Starwood and W Amsterdam for throwing such an epic bash!